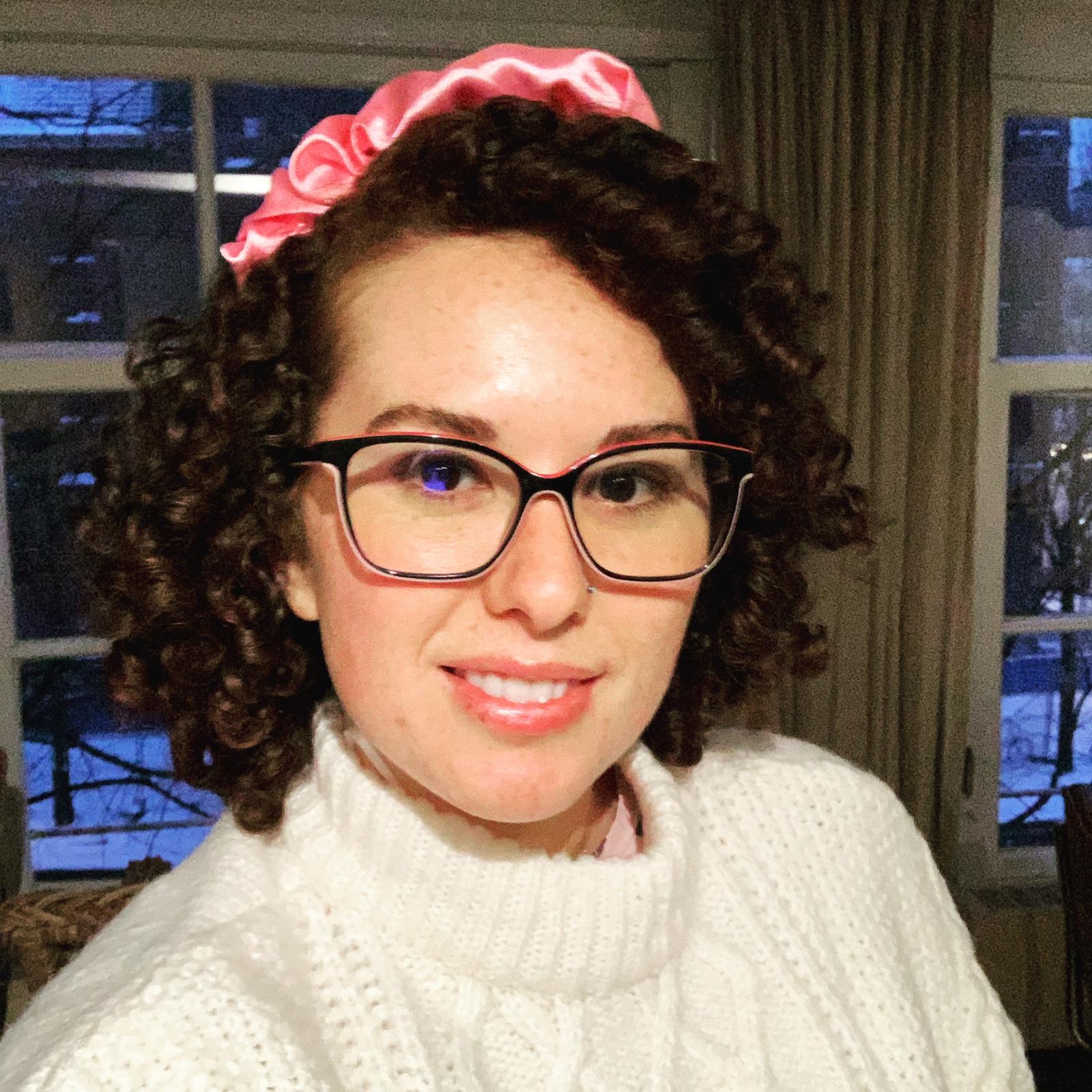 About one year ago, Katherine (32) relocated from Costa Rica to The Netherlands to work here as a Senior Java Developer. Today, she is giving us a peek into her personal life; her dream of living and working abroad, how she experienced her relocation, and what she thinks of the Netherlands so far.

Has it always been one of your dreams to live and work abroad?
It all started when I was in college. I was 20 probably. I wanted to do a Masters abroad. I tried to get scholarships and stuff. But it just didn’t happen. So, I ‘stored’ the dream. And then I kind of picked it up again at the beginning of the year when I met you guys. A former colleague – we were in a group chat – shared the ad that you were looking for developers. He gave me good referrals about you. So, I just decided to apply and yeah, the rest is history. I got in [chuckles].

Was the Netherlands on top of your list or have you considered other countries, as well?
In college, I tried to go to Sweden, Uppsala, and to the university in Groningen. And once I got into the working mode, I considered Germany, the Netherlands, Ireland, and Spain. But Spain would feel like ‘going home’. I wanted to go to a country where they speak a different language. And Ireland felt too far away from the rest of Europe. And I have a few friends in the Netherlands and they had good – also referrals [chuckles]. So, then I thought let’s try the Netherlands instead of Germany.

When you heard that you got the job, what did you do?
Well, I freaked out first [laughs]. I cried a little bit. I was like “okay this is happening and I don’t know if I’m happy or sad that I’m leaving everybody”. I needed to plan my apartment, the lease. I made lists and a timeline; when should I pack, when should I put my car on sale, where am I going to stay for the last couple of days and everything. So, yeah it was like “lists, lists, lists”. Lists about things that I was going to sell, keep, and throw away. I had to arrange the paperwork for my dog Fifi. Also, I needed to renew all my personal documents. It was a little draining and scary. But it was also very exciting. It’s like starting over.

From our experience, the impact that a relocation has on someone withholds some companies from hiring people from abroad. What would you like to say to those companies?
Well, on that specific point; it’s not the responsibility of the company to worry about that. In the end, the person is making the decision. That person knows the risks and is aware of the sacrifices. What I do think is important; is diversity. When you have a team consisting of different people, you get different views on a problem or situation. That’s enriching.

How did you experience your relocation?
Well, at first [laughs] – I was a little afraid. You never met this person you’re talking to and I was like “what if I’m going to get kidnapped, is this a serious company?” When I started talking to you and it got more serious, I was like “It’s real, it’s happening, I’m going to Europe!”.
Afterwards, it was good. I loved how you handled it; step-by-step. I was given very detailed information and was always aware of what was going on. That was kind of an ease on my craziness.

Did it feel like a long process?
It went very fast. I didn’t expect that. I had to arrange everything in two months. I had to cancel the rent on my apartment, sell my car, sell my things, pack my life [laughs].

And how did your family react when you told them that you found a job in the Netherlands?
Better than expected. They have always known that I was looking for an opportunity abroad. And my boyfriend was just waiting for that call. They were happy for me.

How do you stay in touch with each other?
Last year, with my friends, we did a lunch/dinner, once every month or so. We had a zoom call and ordered something to eat and then eat together and catch up. With my family I chat every day via Whatsapp, sending pictures. My mom calls me every other day and I talk to my boyfriend every day.

What helps to make it less hard not seeing your loved ones for a long time?
Plan trips ahead, when you can. It helps when you can say “it’s only two or three months that we won’t see each other”. I don’t feel the distance that much because you can call everyone. It was difficult at first because I’m seven hours ahead. So, I didn’t have anybody to talk to until 4/5 in the afternoon. Corona made that worse. Before, I was working in the office and had people to talk to. But I made some friends and now I do get messages, before 3 o’clock [chuckles].

How did you manage to make friends, especially during Corona?
Before Corona, I had two friends from work. One helped me setting up things here and the other one was like “let’s go and have something to eat”. In the summer, when we were allowed to do more things, I started taking twerk lessons – I was looking for a hobby. And I met this group of girls. They are the best! Also, I tried expat groups, but it felt forced; more like an interview instead of “let’s be friends”.

What do you like about the Netherlands and Dutch people the most?
What I really like is that people are so unapologetic. I mean like “this is me and if you like it then good and if you don’t like it – I don’t care”. It’s refreshing. My culture is not like that at all. Also, I like the fact that I can go, well I could before Corona, everywhere with the public transport for like a day. I went to Utrecht, Haarlem, Rotterdam, and The Hague. I liked that!

And what is your favourite city so far?
I love – I don’t want to say the name [laughs] – the beach in the Hague; ‘Scheveningen’. I love the beach, it’s in my blood. And the ‘Pier’ makes you feel like you’re in Santa Monica. It’s probably my second favourite place. My favourite place is Amsterdam.

And what is your favourite Dutch food?
That’s difficult. It’s a tie between stamppot with the rookworst and friet with frietsaus. I think the stamppot is number 1.

What can you do here that you cannot do in Costa Rica?
Walking around and travelling by bike. And dressing like I want to. Like wearing a skirt on a bike without being bothered.

Does the Netherlands meet your expectations so far?
At first, it was how I thought it would be. One thing I didn’t know; was the famous Dutch directness. I wasn’t expecting that. For me, it felt like sometimes people were being a little rude. I’m a bit used to it now. Now, I’m trying to distinguish whether people are being direct or actually being rude. Also, after Corona, I had a change of mindset about Europeans. You would think that Europeans are really strict and follow the rules. And here everyone was like “I don’t want to put a mask on [laughs]”.

Is there anything you wish you knew before you relocated?
Yes, probably [laughs] – I mean you kind of know about it, but you’re not sure until you’re here – it’s the fact that it’s going to be super difficult to start over alone, in a different country where you don’t speak the language. You lose your network and your safe place. You kind of know it but you don’t pay attention to it. You’re stuck in logistics of moving things and getting things done that you forget about your mental health. I should have paid more attention to that.

Do you have any other tips for new colleagues, who are currently in the relocation process?
For me, it helped to have a defined timeline, lots of different lists, and prioritize. And enjoy your last day over there. Oh and – this is the most important thing, which I almost forgot to mention – bring your favourite grocery stuff and food; the things they don’t have in the Netherlands. Take it with you and don’t wait for someone else to bring them. You’re focused on what you’re going to wear and which personal items to pack. But when you have a long flight, travel light. I packed my blow dryer and my beloved blanket and then I found almost the same one here in Primark and it was super cheap. It was 200 grams in my suitcase, which could have been my favourite sauce. Now, I finally have my sauce and now my life is complete [laughs].